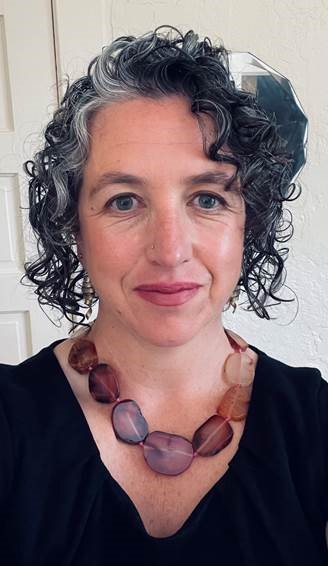 Sarah has a lifelong passion for creating positive change in the areas of social services, economic development, and climate change. She is the recipient of a Fulbright Fellowship to research rural social innovation in Hungary as well as a fellowship to pursue her master’s degree in Public Administration at Cornell University. Previously, she ran her own farm in Carlton for a decade. 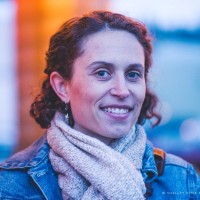 Sierra has many childhood memories of camping, hiking, and skiing in the Methow Valley. When she met her partner Brian, she was excited to learn he was raised in the Methow. They moved together to Black Canyon in April 2020. Sierra previously worked in fundraising and communications at Casa Latina and Agros International. She also spent many years working as a commercial fisherman and moonlights as a poet.

Tori Karpenko is an artist, farmer, carpenter and non-profit leader. Tori first came to the Methow Valley in 2001 as the farm manager for Sunny Pine Farm. Tori lives south of Twisp with his son Tesh.

A long-time Methow Valley resident, Julie teaches anthropology and sociology at Wenatchee Valley College and has conducted research on rural communities whose economies rely on tourism. Julie has served on the board of Okanogan Family Health Centers, the Merc Playhouse and the North Central Washington Community Foundation.

Anne has been coming to the Methow to bike, fish and enjoy the peaceful beauty since the 1980s. In 2008 she moved here, joining her brother and parents. Anne’s background includes experience in biotechnology, textiles and computing systems. She enjoys spending time with family and her Nova Scotia Duck Tolling Retriever, Molly, as well as weaving, watercolors, fishing, biking and music.

Joe worked in the semi-conductor industry as a manufacturing engineer for 14 years before moving to the Methow in 2011. He lives on the south Fork of Gold Creek where he spends most of his free time either gardening or hiking, biking, climbing, skiing the Sawtooth range. 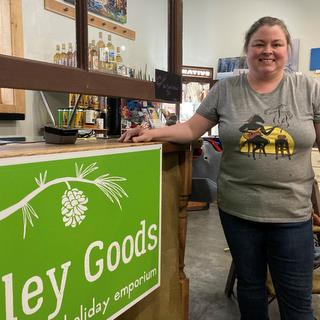 Lindsey brings a passion for small business and deep experience in customer service and events planning to TwispWorks. Lindsey grew up in Twisp and still calls it her home with her partner Jacob and their naughty kitten Ziggy. She has a degree in Public Relations from Washington State University. 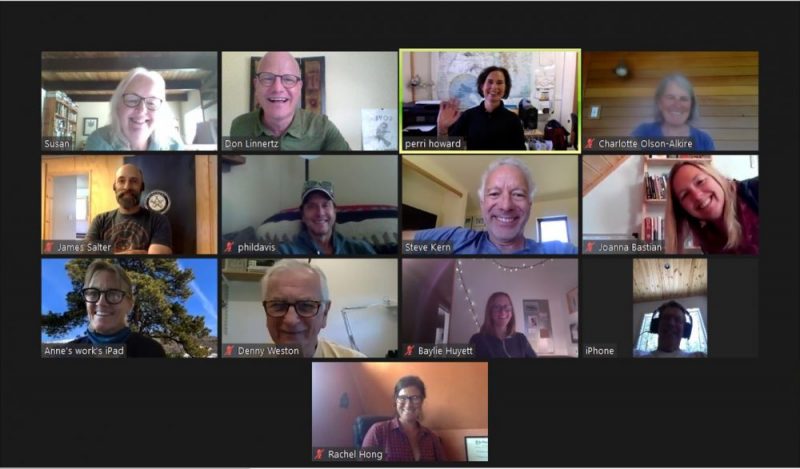 TwispWorks Foundation Board of Directors 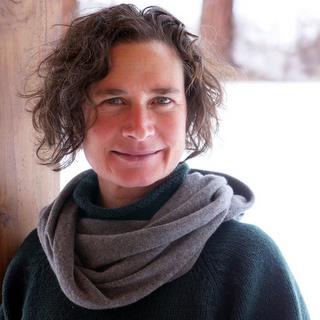 Raised in Marblehead, MA, she landed in Twisp as a 16 year-old on an Outward Bound Course and has returned to the valley for recreation and inspiration ever since, making a permanent home here in 2016, with her husband and two dogs.

Perri received her MFA from Cranbrook Academy of Art in 2001 and has served as a visiting artist at colleges and universities throughout the United States. She teaches community-based classes in drawing and field journaling and is adjunct faculty at Wenatchee Valley Community College.

A passionate advocate for artists and art space, Perri is honored to support the evolution of this remarkable creative community.

Rachel grew up in Vermont. After nabbing a bachelor’s degree in English Lit at the University of Virginia and a law degree from the University of Michigan, she spent a few years working in politics in the other Washington, and then as a corporate litigator in Seattle. Organic farm school seemed like the obvious next step, and several years farming on the Westside followed that. Eventually she settled in the Methow Valley, both near Seattle loved ones, and close in spirit to her idyllic Vermont childhood.

Today, Rachel is a part time lawyer, part time orchard worker. Otherwise, when she’s not out walking with her dog, she is usually on a bicycle or working in her garden. She was drawn to TwispWorks’ inspired, creative, and novel vision of rural economic and cultural development, and is looking forward to adding value to her community through service on the board.

Though Jim’s great-great-uncles homesteaded in the Methow on property near Twin Lakes, he never came to the valley until 2002. Originally intending to be a farmer, he is now owner/general contractor at Blackcap Builders Collective.

In addition to building houses he also maintains a small hobby farm producing lamb, wool, and hay. His interest in sustainability (economic and environmental) is what led him to get involved with, first, The Partnership for a Sustainable Methow (PSM) and now TwispWorks.

Raised in Soap Lake, Denny worked professionally as a CPA in the Seattle area after graduating from Central Washington University and later formed a private equity investment fund. Denny started visiting the Methow Valley as a part-timer in 1998 and moved here with his wife, Heidi, permanently in 2016.

Denny is an avid outdoorsman and musician. In addition to the many for-profit and non-profit boards throughout his career, Denny currently serves on the board of the Methow Valley Fly Fishers and previously served on the board of Methow Recycles.

Denny’s 38 years of experience working with entrepreneurs and early stage companies has given him many lessons-learned, many of them hard lessons, about growing businesses. He’s excited to have those experiences benefit our economy in the Methow Valley.

She opened her law office in Twisp shortly after arriving. She paints still lifes, landscapes and portraits in oils both studio work and plein air and has recently shown her work in local and regional galleries and juried shows.

Char was born in Seattle, Washington. She became a part time valley resident in 2003. Fully retired after spending 40 years teaching in the field of science education, she and her husband of 44 years, now call the valley their home.

Initially moving to the valley for the recreation, Char quickly discovered the amazing Methow Valley community. She served on the board of the Methow Conservancy and has volunteered with numerous other organizations. Char is looking forward to serving on the board of TwispWorks, after being an advisory board member.

“It has been 10 years since the community gave TwispWorks the challenge to reinvent the TwispWorks campus into a modern community hub and economic engine for the Methow Valley. I am honored to serve on this board and help to create a sustainable and vibrant economic community.”

Joanna is from scenic Boise, Idaho, where she earned a B.A. in English, Technical Communications from Boise State University. While working at Micron Technologies in Boise, she was offered the opportunity to help start an Intel-Micron joint venture, IM Flash Technologies near Salt Lake City, Utah. At IMFT, Joanna worked with the documentation team to create integrated training documents, and acted as a communication liaison between engineering and production teams to create and efficiently reach training, production, and engineering milestones.

In 2011, Joanna moved to the Methow Valley to explore the stunning beauty of the North Cascades. She is the Administrative Officer for the Bear Fight Institute, a solar system research center located in Winthrop. Joanna is also the Lower Valley columnist for the Methow Valley News.

Phil Davis is continually awed by the power of community that drives the Methow. He and his wife Cathy have owned property in the valley for 23 years, and now split their time between their West Seattle and West Chewuch homes. Phil has served on the Methow Conservancy board, and is excited to join the TwispWorks board as it builds partnerships in support of a sustainable, growing, and inclusive economy. He has held various leadership roles in business and non profit, with extensive experience in early stage and growth organizations.

Anne grew up in Seattle and moved to the Methow Valley in 1983 to spend the winter skiing after graduating from the University of Washington with a degree in Land Use Planning. She fell in love with the Mountain lifestyle and its community and never left!

After creating Central Reservations, she got her real estate license in 1985 and has been a real estate broker in the Methow Valley real estate ever since.

Anne raised two daughters in the Valley and has explored the many Valley trails and surrounding mountains on foot, skiis and bikes. She has been involved with Little Star School and other volunteer organizations over the decades. Anne brings her positive energy and knowledge of this diverse Valley to the Twisp Works Board and its effort to create a more economically resilient community. 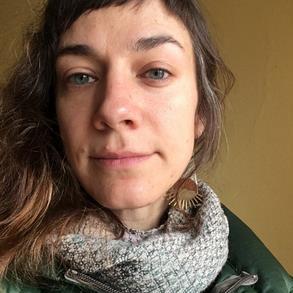 Sarah Gilman learned to love small-town life on Colorado’s West Slope, where she spent most of her adult life, building trails, collecting biological data, and mostly, working at a magazine about the American West. For a time, Sarah was perhaps best known for being the women’s wood splitting champion at the Carbondale, Colorado, Mountain Fair three years running. She has an absurd number of axes and mauls for someone whose current home does not include a wood stove.

She moved to the Methow Valley in 2018, to find her place in a tight-knit community again. Sarah is a freelance magazine journalist, editor, and illustrator with bylines and art in The Atlantic, Audubon, Hakai Magazine, High Country News, and others.

Sarah joined the TwispWorks board hoping to support the artists and businesspeople who make this valley so wonderful, and to help provide opportunities to others to do the same.

Baylie is an illustrator and graphic designer who has lived in the Methow Valley on and off since the 90’s. After a high school career split between Liberty Bell High School and the Bush School in Seattle, she graduated from the University of Oregon with a degree in architecture, moved back to the Methow Valley where got her Montessori Teaching Certificate and spent 5 years working at Little Star School. Returning to Seattle in 2011, she launched her business Red Umbrella Designs, saw lots of great live music, learned how to country swing dance, tended some amazing urban vegetable gardens, and met the handsome fellow who is now her husband. Baylie, JB, and their son Arlo now live in Twisp. Baylie is excited to bring her perspective as an artist, an entrepreneur, and a new mom to the Twisp Works board. 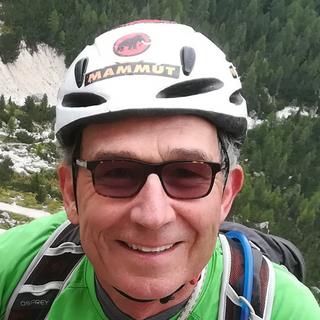 Tom Robinson has been moving to the Methow since at least 2007. Maybe it was getting a 509 number or buying a pickup, but Tom is now anchored in the Valley with his wife Joan Wellman.

Raised in Seattle, Tom headed to college in Arizona, and guided outdoor courses in the Southwest before getting a PhD at Stanford. Then began a 30-year career as a management consultant. Tom also worked as a college professor before shifting to his final career as a Rolfer.

Tom loves to hike, ski, climb, raft, and ride bikes. He’s learning to farm a bit, too, moving handlines to irrigate regenerative pastures for hay and sheep. Tom wants to bring his love of building community and solving organizational problems to the TwispWorks board. 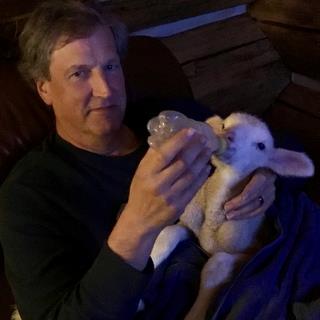 Stu first fell in love with the Methow Valley in the late 80’s and saved until he could build a small cabin with his wife Patty in Mazama in 1993. We moved here full time in 2016 when Patty’s dream log house/property (the Kicking Mule Ranch) became available in 2016.

Stu spent almost his entire veterinary career first as an associate and later an owner in a multi-doctor multi-location veterinary group in Seattle. Originally, Stu studied farm animal medicine, but after barely surviving camel medicine in the Peace Corp Morocco decided that dogs and cats were safer.
Small business has given me a great life and the opportunity to create a family. I want that same opportunity for anyone who also wants it. That is what TwispWorks is all about and that is why I’m all in.

Goatloads of soap! Elise Ferguson of @cultivatesoapco makes soap from goat milk. Learn more about her process and why goat milk is good for your skin in the winter edition of ART Magazine from Methow Arts: bit.ly/332aAAZ #MethowArts ... See MoreSee Less